Recently I tried to add some tracks to my home page and the software insisted I include a thumbnail of an album cover. I used the only one that I have commercially available at this time, which includes a few tracks that actually date back to the late 1990s. Click on the graphic below if you want to see the tracks listed on Amazon.

I don’t know how else to say it: This album is half Jesus Music and half Folk. I’d been writing, performing, and recording demos of both for a very long time, without ever really having a “product to sell,” when opportunities came up that required CDs of some sort. 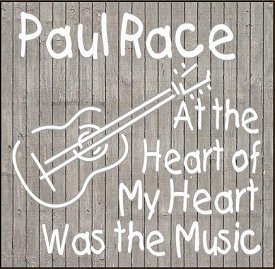 So I put together ten demo recordings that I thought were tolerable and called it an album. The first iteration of it was probably about 2005, though I see that it found its way to Amazon with its current lineup of songs around 2009. At the time, I sought to bridge the gap between my Evangelical audience and my Folk audience by making sure most of the Evangelical songs I included were firmly rooted in the Folk tradition.

That wasn’t a total solution, however – my listeners in the Folk world like about half of the songs and my Evangelical listeners like the other half.

Since then, I have written many more songs, especially in the Folk idiom, but I haven’t had time and space to record them properly. So when people ask if I have any “product,” this is still “it” (even though several of the tunes that are more popular with my listeners are now available elsewhere for free).

If you’re interested in making a purchase, please listen to the track samples and decide if you’re better off just buying the three or four tracks you like or downloading the whole thing and never listening to the songs you don’t. 🙂

In the meantime I want very much to thank those who have given me kind words about one of more of these songs over the years.